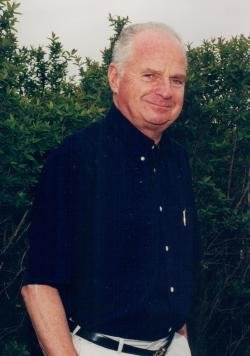 While we celebrate a life well lived, we grieve for the passing of James Hugh Frederick Dever, loving husband to Margaret (McCarron) Dever, which occurred on Sunday, March 25, 2018 at Shannex- Embassy Hall. Born on July 6, 1942 in Saint John, he was the son of the late Frederick and Helen (Dugay) Dever. Hugh was employed with Canada Post for 35 years and retired in 2002. For 40 years, he spent his summers making wonderful memories with his family at Keene’s Lake Campground in Calais, Maine. Sparky was an avid walker and also kept his car detailed to a shine. He was a man of great faith, known to many who knew him as a gentleman and trusted friend. Above all, Hugh was a proud and devoted Husband, Father, and Grandfather, and will be dearly missed. Hugh is survived by his wife of 52 years, Margaret, their children: Mike (Mary) Dever, Steve (Pam) Dever and Beth Dever, his grandchildren: Alyssa, Katie, Meghan, Haylee, Ethan, Maddie and Isabelle, many nieces, including "his darling" Stacey Hagerman and many other members of his extended family and friends. Besides his parents, Hugh was predeceased by his sister, Sister Ann Dever of the Sisters of Charity, sister-in-law Carol Ann Hagerman and cousin Ervin Williams. A special note of "Thanks" to Hugh’s brother-in-law "Brother" Garnet Hagerman, niece Kelly Butler and to Rick Benson and his banjo. To the staff of Shannex- Embassy Hall for the love and compassion shown to Dad during his stay. Your kindness will not be forgotten. Resting at Brenan’s Funeral Home, 111 Paradise Row, Saint John, (634-7424) where family and friends are invited to visit on Wednesday, March 28 from 2:00-8:00 PM. A Liturgy of the Word will take place on Thursday, March 29 at 12:00 Noon from Our Lady of the Assumption Church, 360 Dufferin Row. Interment will take place at St. Joseph’s Cemetery at a later date. For those who wish, remembrances made to Bobby’s Hospice or any act of kindness in Hugh’s memory, would be appreciated by the family.

Share Your Memory of
J.
Upload Your Memory View All Memories
Be the first to upload a memory!