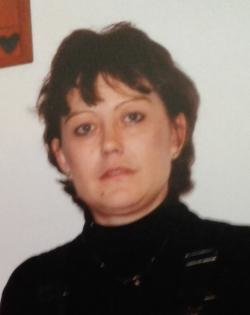 It is with great sadness the family of Ann King, loving wife to Brian King, announce her sudden passing on Wednesday, March 28, 2018 at the Saint John Regional Hospital. Born in Saint John on February 5, 1961, she was the daughter of the late Frank and Dorothy (Walsh) Godsoe. Ann had worked for Wasson’s Pharmacy, Shoppers Drug Mart and lastly Value Village. She had a passion for all animals and loved spending time with and caring for her pets. Ann will be missed by her husband, Brian, and her two brothers, Frank Godsoe (Amy) and Stephen Godsoe (Pauline) both of Saint John; brother-in-law, Sutton; sister-in-law, Debbie; several nieces and nephews; will be dearly missed by Kevin and Joan as well as all of her friends especially her good friend Art Kincaid. Arrangements are under the care of Brenan's Funeral Home, 111 Paradise Row, Saint John (634-7424). A Funeral Liturgy will be held on Monday, April 2, 2018 at 2 PM at Brenan’s Funeral Home Chapel. For those who wish, remembrances may be made to the SPCA or a charity of the donor’s choice.

Share Your Memory of
Ann
Upload Your Memory View All Memories
Be the first to upload a memory!