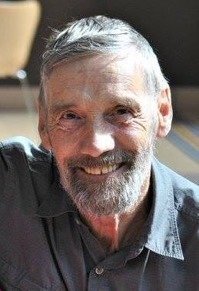 It is with heavy hearts that the family of Rupert A. Parsons announces his passing, which occurred on Saturday, March 30, 2019 at his home, surrounded by the love of his family. Born in Saint John on December 13, 1942, he was a son of the late Aubrey and Beatrice (Burns) Parsons.

In addition to his parents, Rupert was predeceased by a daughter, Kim; and his siblings, Donnie, Chuck, Leona and Joanne.

Rupert enjoyed taking walks with his precious dog, Shawnee Lynn. He was a family man and the twinkle in his eye was his grandchildren. His family wishes to extend their heartfelt appreciation to the Saint John Extra Mural program for their compassionate care of Rupert during his final months.

Arrangements are under the care of Brenan’s Bay View Funeral Home, 1461 Manawagonish Rd., Saint John, NB (634-7475). A Celebration of Rupert’s life will be held on Sunday, April 14, 2019 from 1-5 pm at his home, 295 Woodville Road, Saint John. For those who wish, remembrances may be made to a charity of the donor’s choice, and online condolences to the family may be placed at www.BrenansFH.com

Share Your Memory of
Rupert
Upload Your Memory View All Memories
Be the first to upload a memory!