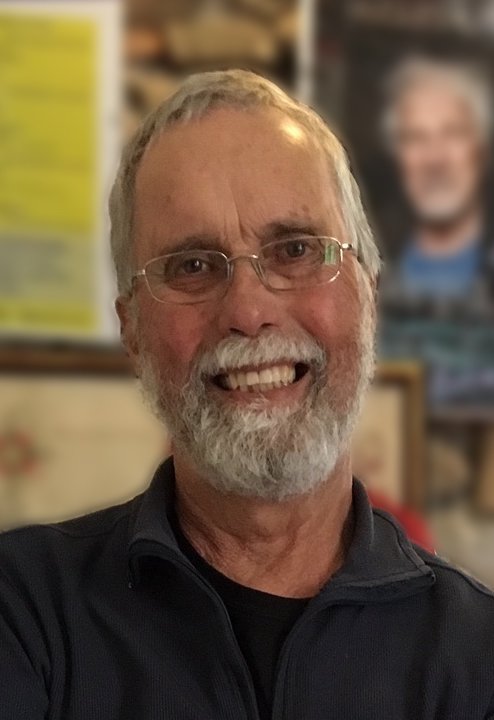 It is with great sadness, but with appreciation for a life well-lived, that we announce the death of John L’Aventure, loving husband of Mary Blatherwick, on Thursday, April 18, 2019 at the Saint John Regional Hospital. Born in Toronto, April 9, 1940, he was the son of the late Gerry and Sally L’Aventure.

John was a man with a spirit of adventure in all he endeavored whether it was flying planes, sailing, or running a fish farm on a small coastal Island. He loved life, and especially the natural world where he spent as much time as possible. His daily walks along the Anchorage Beach on Grand Manan Island or to Sheldon's Point in the Irving Nature Park gave him time to think, observe nature, and marvel at the ocean vistas.

His early days were spent partly in Toronto and also on Grand Manan Island, New Brunswick, where his parents owned a summer resort called The Anchorage. Growing up around water, fishing, and boats prepared him for a later career in aquaculture.

Before this career, John completed a degree in engineering at the University of New Brunswick and then worked as an engineer in British Columbia and Nova Scotia. But an office job was no match for the pull of Grand Manan Island and the opportunity it presented for starting a new industry, so he returned to the island to become one of New Brunswick's pioneers in aquaculture. He was the owner of Fundy Aquaculture and Northern Plastics (a cage fabrication company), as well as a founding member of Atlantic Silver (a marketing cooperative). Throughout his career he was recognized for his leadership and innovations.

Besides his professional interests he became an avid pilot, sailor, canoeist, hiker and world traveler.  After retirement he took up boat building; spending much of his time researching, designing and building his various projects.  Although based in Quispamsis, New Brunswick, he spent his summers in Kingsport, Nova Scotia, at their seaside cottage where he enjoyed boating, gardening, and socializing with family and friends.

As an avid reader he kept up with what was happening not only on a local, but also global level. He was always concerned about the human condition and what could be done to improve it. His thoughtful ways, wonderful sense of humor, and love of life made him an exceptional husband, family member, friend, colleague, and mentor. He was one of a kind - the very best kind. His life made a difference and he will be greatly missed by all who knew and loved him.

In addition to his wife, Mary, John is survived by his sisters, Linda L’Aventure and Gretchen Fulton, and many nieces and nephews. Besides his parents, he was predeceased by his daughter, Sarah L’Aventure.

Arrangements are under the care of Brenan’s Bay View Funeral Home, 1461 Manawagonish Road, Saint John (634-7425). A Celebration of Life service will be held on Sunday, May 5, at 2 pm at Lily Lake Pavilion, Rockwood Park, in Saint John, New Brunswick. Donations can be made to the Heart and Stroke Foundation of New Brunswick.

Condolences and remembrances may be made online at www.BrenansFH.com.