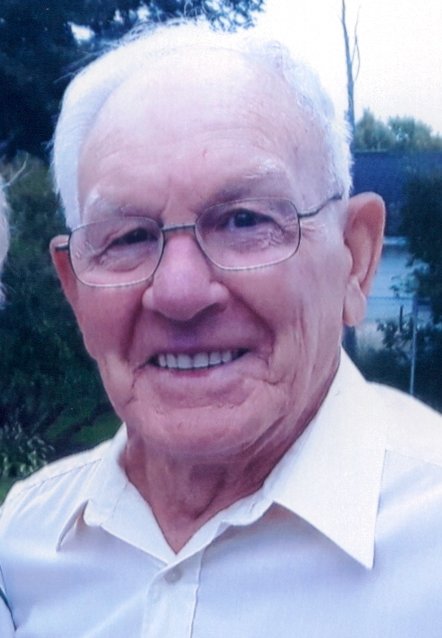 It is with heavy hearts that the family of Richard Routledge, husband to Barbara (Short) Routledge, announces his passing which occurred on Wednesday, September 11, 2019 at Bobby’s Hospice. Born on May 12, 1930 in New Jerusalem, NB, Dick was the son of the late Melville and Annie (Wildgoose) Routledge.

Dick was a well-respected Carpenter in his community.  He enjoyed woodworking and landscaping as hobbies and was very gifted at both. Dick will be dearly missed by all who knew him.

Dick will be remembered by his wife, Barbara, sister Sylvia Williams of Grafton, NB, sister-in-law Marg Routledge of Fredericton, NB, brothers-in-law Vernon (Ruth) Short of Amherst, NS and Reg Short of Fredericton, along with several nieces, nephews and members of his extended family.

Besides his parents, Dick was predeceased by his brother Michael Routledge and sister Barbara Makepeace.

We would like to extend our deepest appreciation to Dr. Gray and Nurse Pam and those involved in the extramural team, for all of their care.

Arrangements have been entrusted to Brenan’s Bay View Funeral Home, 1461 Manawagonish Road, (634-7425). The Funeral Service will take place on Monday, September 16, 2019 at 11 AM in the Bay View Chapel with interment to follow in Oak Point Anglican Cemetery.

For those who wish, remembrances made to the Richard and Barbara Routledge Endowment Fund for the Saint John Regional Hospital Foundation or to a charity of donor’s choice, would be appreciated.  Online condolences can be placed at www.brenansfh.com

Share Your Memory of
Richard
Upload Your Memory View All Memories
Be the first to upload a memory!