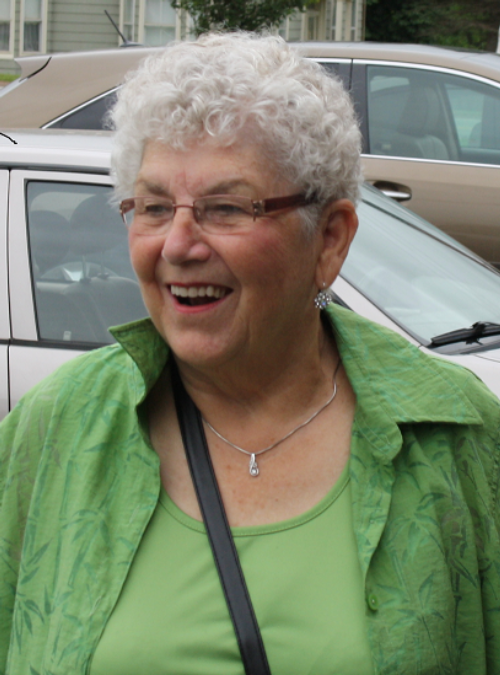 At the Queen Elizabeth Hospital, Charlottetown, PEI, on Tuesday, September 3, 2019, Alice Margaret Foster (Marshall Chambers), beloved wife of Burton Foster, passed away peacefully.  She was born in St. Stephen on February 14, 1935 to the late Lee and Mildred Marshall of Bayside, NB.

Alice graduated from St. Andrews High School in 1953.  She worked for various employers over the years retiring from the workforce in the mid 80’s.  She loved to sew, crochet and enjoyed the beauty of flowers, birds (red cardinals were her favourite) and nature in general.  She loved her family dearly and could always tell you where any one of them was at, at any given time.  Alice was a dear friend to many and she will be greatly missed by all whose lives she touched.

The family would would like to extend a heartfelt  and sincere “thank you” to the doctors and nurses who had Alice in their care and to the Foster family for their dedicated love, support and care over the past several years.  She was truly blessed to have you all as “family.”

Visitation will take place at Brenan’s Bay View Funeral Home, 1461 Manawagonish Rd, West Saint John, NB (506-634-7425) from 1-3pm on Friday, October 4, 2019 with a service immediately following (3:30 pm) at Brenan's Bay View Funeral Home Chapel.  Interment will take place at a later date in Oak Bay Cemetery, Oak Bay, NB.  For those who wish, memorial donations may be placed to a charity of the Donor's Choice.  www.brenensfh.com

Share Your Memory of
Alice
Upload Your Memory View All Memories
Be the first to upload a memory!