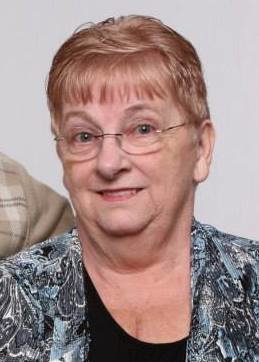 It is with great sadness that we announce the passing of Marilyn “Lynn” Elizabeth (Logan) Worden, wife of Lloyd “Tommy” Worden, which occurred on Tuesday, September 24, 2019. Born in Saint John on May 11, 1945, she was a daughter of the late Harold and Elizabeth (Cosman) Logan.

At the age of 15 Lynn married Tom in 1961 and they spent 58 years together. In her early years she worked at NBTel as a telephone operator and then at Eastern Bakeries. After taking time to start and raise a family she started a career as a cook, first at the Colonial Inn and then at Westfield Golf and Country Club where she retired after 24 years as the Food Service Manager. Lynn’s passion for cooking was shared with her family at many Sunday suppers.  Lynn loved spending time with her grandchildren. She had many hobbies that she excelled at, leaving many quilts, rugs, and other handcrafts to be cherished for years to come.

The family wishes to recognize the exceptional care provided by Extramural, particularly Sue Ward, as well as Dr. Scott and his staff.

Donations and remembrances can be made to the Heart and Stroke Foundation or Donors choice at WWW.brenansFH.com.

Share Your Memory of
Marilyn
Upload Your Memory View All Memories
Be the first to upload a memory!