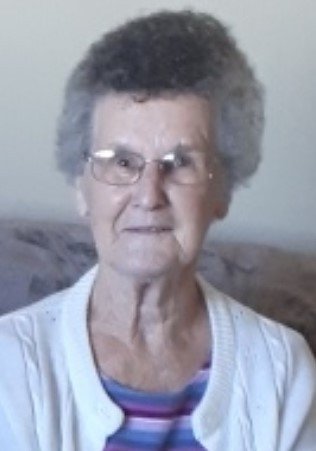 It is with great sadness the family announces the passing of Margaret Doreen (Nowlan) McKinley, wife of Willis Perley McKinley of 61 years, which occurred on Sunday, December 1, 2019 at Bobby’s Hospice. Born on July 26, 1937 in Sunny Corner, NB, she was a daughter of the late Harold and Mary (Mullin) Nowlan.

Doreen started working as a cook at her father’s lumber camp, later worked for Centra Care. She looked after children in her home, which she so loved. Later worked as a health care worker with Comcare until retiring in 1993. She and Willis travelled to over 30 countries and enjoyed spending time at their summer house in McKinleyville.

Besides her parents she was predeceased by three sisters: Linda, Addie and Grace; six brothers: Frederick, Thomas, Robert, Daryl, Eugene and Henry; and son-in-law: Dana Tippett.

Resting at Brenan’s Bay View Funeral Home, 1461 Manawagonish Road, Saint John, NB (634-7425) with visiting on Thursday, December 5, 2019 from 11 am to 1 pm. The funeral service will be held on Thursday, December 5, 2019 at 1 pm from Bay View Chapel. Interment will take place in Mount Hope Cemetery at a later date.  For those who wish remembrances to Bobby’s Hospice would be appreciated by the family. Online condolences may be placed at www.brenansfh.com.

Share Your Memory of
M. Doreen
Upload Your Memory View All Memories
Be the first to upload a memory!