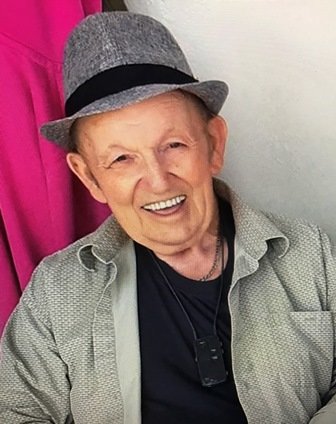 Interment - At a later date

The death of Wayne Leslie of Central Greenwich, loving husband of Marsha (Parks) Leslie, occurred on Wednesday, February 19, 2020 at Bobby’s Hospice surrounded by his loved ones.  Born on December 26, 1945 in Eastport, ME, he was the son of the late Melbourne and Raymah (Henderson) Leslie.

Early in his working career, Wayne was employed with NBTel before moving on to work with River Valley Express.  Prior to retiring, he was employed as a truck driver, a career he truly enjoyed and where many friendships were made.  Wayne enjoyed being in the outdoors and took great pride in working on his small family farm.  In his later years, he looked forward to lobster fishing with his brother Albion.  Most of all, he treasured the times spent with those he loved and will always be fondly remembered.

Although there will be no visitation, relatives and friends are invited to attend the funeral service which will be held from Browns Flat Baptist Church on Saturday, February 22, 2020 at 12:00 PM with a reception immediately following at the River Road Hub (32 Wallace Road, Browns Flat).  Interment will take place at a later date in Browns Flat Baptist Cemetery.  Arrangements are under the care and direction of Brenan’s Bay View Funeral Home, 1461 Manawagonish Road, West Saint John (634-7425).

For those who wish, remembrances may be made to Bobby’s Hospice or a charity of the donor’s choice.

Share Your Memory of
Wayne
Upload Your Memory View All Memories
Be the first to upload a memory!