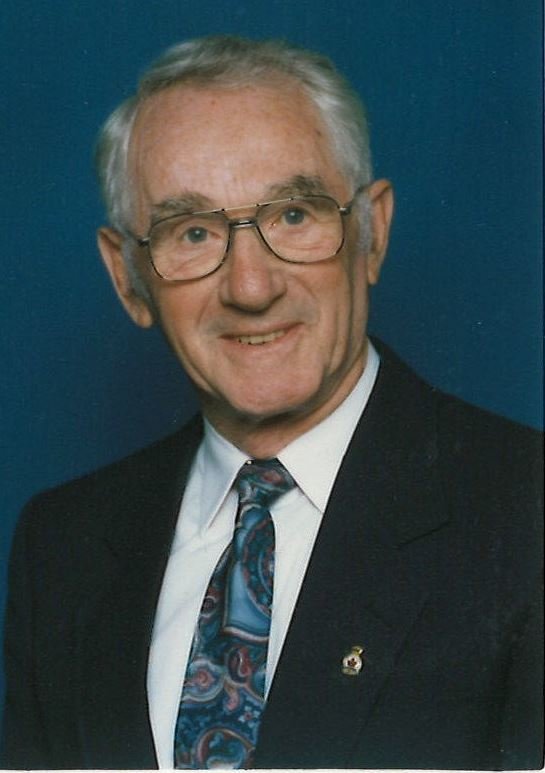 The family of John Nelson Hawkins announce his peaceful passing at the Turnbull Nursing Home, Saint John, NB on February 22, 2020 following a brief illness. He was born in Pennfield, NB on August 19, 1930 to the late Frederick Ernest Hawkins and Elma Lorenda (Corscadden) Hawkins. Besides his parents, he was predeceased by his wife of 55 years, Jessie Elaine (Lee) Hawkins, infant daughter Ann Louise Hawkins and his sister Jean Elizabeth Clinch.

John was employed for 30 years with CP Rail. He served on the Board of Managers and as an Elder of Saint Columba Presbyterian Church. He was a member of the Canadian Legion Branch #69 and both he and Jessie were former members of the Beaus and Belles Square Dance Club. John enjoyed tinkering with cars, summers spent working in the blueberry fields, winters in Florida, and chatting with friends over coffee (especially conversations about cars).

A special thank you to all the staff of Turnbull Nursing Home for their exceptional kindness and care during his stay.

There will be no visitation. Interment will take place at Pennfield Presbyterian Kirk Cemetery in the spring.

Arrangements are under the care of Brenan’s Bay View Funeral Home, 1461 Manawagonish Road, Saint John, NB (634-7424). For those who wish, remembrances may be made to the charity of their choice or online condolences may be placed at www.BrenansFH.com