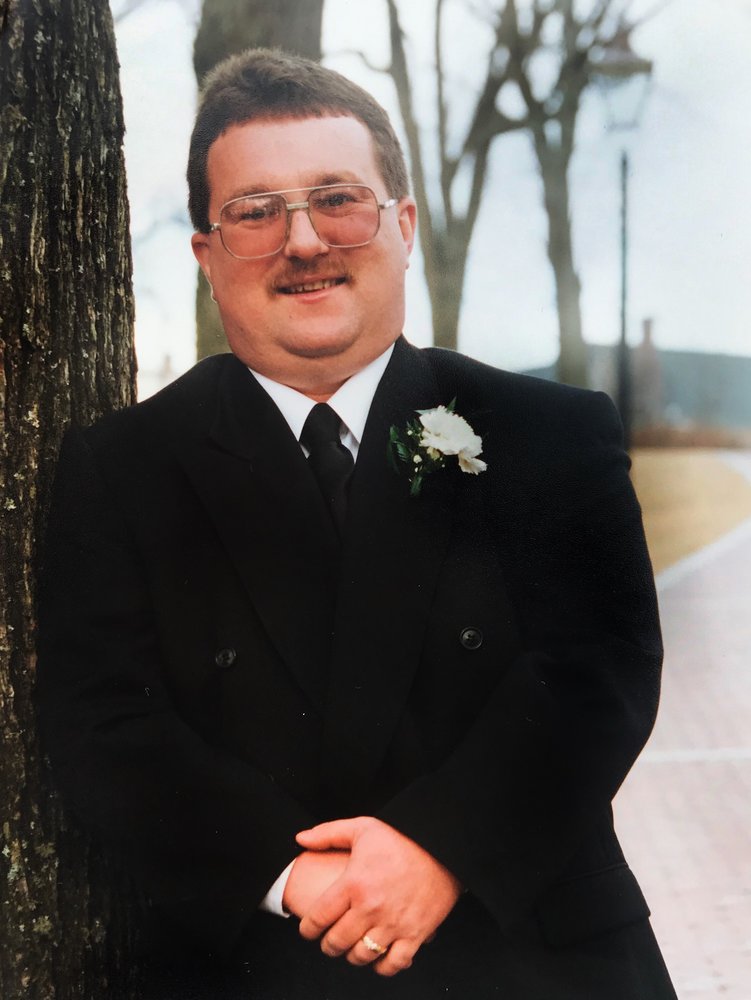 It is with heavy hearts that the family of Harvey McKinley announces his sudden passing on March 28, 2020. Born in Newcastle, NB, on October 28, 1958, he was the son of Willis Perley and the late Margaret Doreen McKinley.

Harvey attended Saint John Vocational School, where he quickly learned he was the life of the party. From nights spent dancing in the kitchen to camping and bonfires with friends and family, Harvey brought his laughter and humour everywhere he went. Harvey didn’t work to live, he lived to work and his laughter and humour followed him into the workplace. Over the years, Harvey worked for Quebecor Printing, Source Atlantic at the Irving Oil Refinery and Canaport LNG. He loved his Canaport LNG work family and he treasured all their memories together.

He was a true lover of the outdoors and spent his spare time fishing, canoeing and at the camp with his dad. His real true love though was his family. Harvey could often be seen in the stands cheering on his children at basketball games and cheerleading competitions. Always being their number 1 fan, he was often referred to as the “Number 1 Cheer Dad”. His children were his pride and joy and the people that he loved the most.

Along with his mother, Harvey is predeceased by brother-in-law, Dana Tippett; father and mother-in-law, Donald and Phyllis Sawyer; and his grandparents.

Thank you everyone for your continuous outpouring love and support! The family is extremely thankful for Catrina MacDonald, the Morna Heights community, the Saint John Police Force and the first responders.

Arrangements are under the care of Brenan’s Bay View Funeral Home, 1461 Manawagonish Road, Saint John (634-7425). Due to the COVID-19 pandemic, a Celebration of Life will be held at a later date. In lieu of flowers, remembrances can be made to the Heart and Stroke Foundation and the Canadian Diabetes Association.

Share Your Memory of
Harvey
Upload Your Memory View All Memories
Be the first to upload a memory!