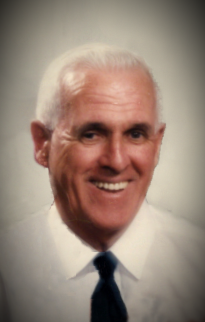 At a later date

It is with great sadness that the family of George Joseph Thibodeau announces his passing which occurred on April 21, 2020 at Ridgewood Veterans Wing.  He was born on July 16, 1928 to the late Henry and Gertrude Thibodeau.

George is survived by his wife, Margaret and step-children, Carol and Richard Carpenter, Mary Lynn Giroux (Alain) and Cathleen Lythgoe both of Ottawa.  George was a life-long member of the Royal Canadian Legion Branch #69 and a veteran of the Korean War.  He worked for Saint John Housing, Royal Bank of Canada and the Saint John School Board, where he kept an eye on the school children during their break and was loved by all.  He enjoyed music, dancing and playing pool with his brother Leo and was a great walker.  He was a quiet man who was always devoted to his church and family.

In addition to his parents, he was predeceased by his first wife, Marie and step-grandson Mark, whom he loved dearly, also Ben and April in Ottawa.  He was the last remaining sibling of his family and was also predeceased by his sisters, Elizabeth (Al) Poirier, Pauline (Alonzo) Hachey, Jenny (Pat) Roche, Leona (Jack) Gallant, Margaret (Eloi)  Robichaud and Yvonne (Charles) Theriault and brothers: Edmund, Simon, Henry, Arthur and Leo (Josie) Thibodeau; survived by sisters-in-law Auline Roper and Ida Roper and several nieces and nephews.

A special thanks to the staff at Ridgewood Veterans Wing for their care and compassion that was given to George.

Arrangements are under the care of Brenan’s Bay View Funeral Home, 1461 Manawagonish Road, Saint John (634-7425). Due to the COVID-19 Pandemic, there is no service at this time, but a Mass and reception will be held at a later date. Donations to the War Amps of Canada or the charity of the donor’s choice would be appreciated by the family. Online condolences and remembrances may made at www.BrenansFH.com.

Share Your Memory of
George
Upload Your Memory View All Memories
Be the first to upload a memory!