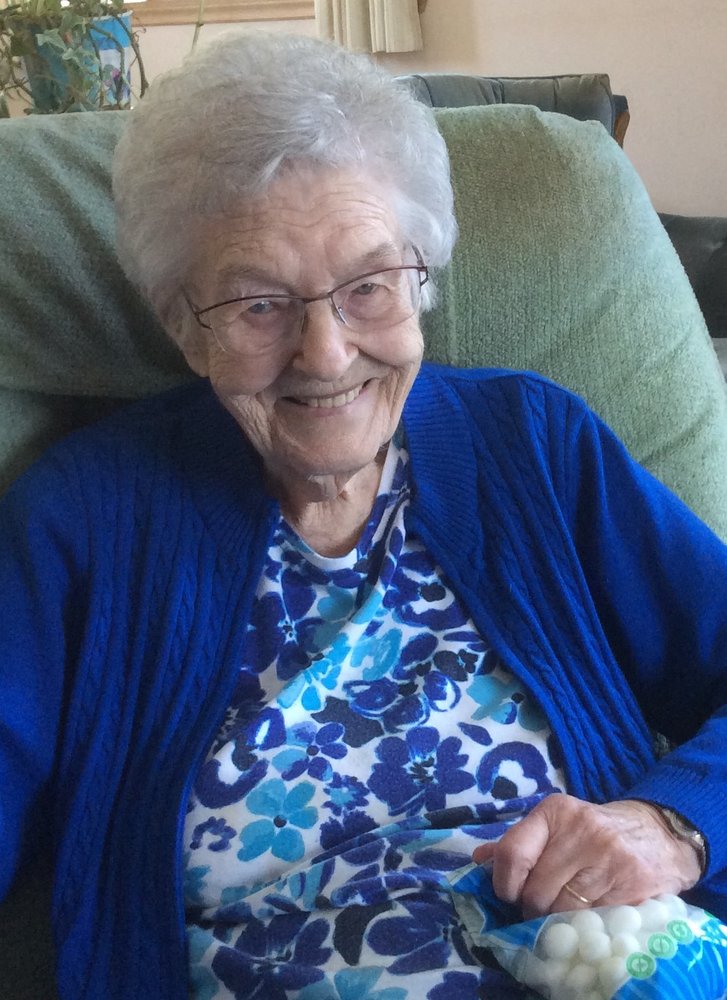 With heavy hearts, but with gratitude for a long life well-lived, the family of Margaret Smith announce her passing at the Saint John Regional Hospital on Wednesday, August 26, 2020. Born June 2, 1920, she was a daughter of the late Percy and Irene Robinson.

Margaret was a graduate of Hampton Consolidated School and Modern Business College. She resided in Sarnia, ON for 14 years prior to her return to Saint John, where she worked at the Income Tax Office, and later with the Ministry of Transportation of Saint John.

Besides her parents, Margaret was predeceased by her husband, Robert Smith; son, Jimmy Smith; sister, Jean Chapman of Moncton; and brothers John of Sackville, NB, and Paul of Hampton.

Arrangements are under the care of Brenan’s Bay View Funeral Home, 1461 Manawagonish Road, Saint John (634-7425) with visitation on Monday, August 31, 2020 from 2 to 4 pm. Staff will greet you at the front door and assist you with COVID-19 protocol prior to entering the building. The family is asking that each person have their community face masks on as they pay their respects, and for the duration of the funeral service, which will be held on Tuesday, September 1, 2020 from Brenan’s Bay View Chapel at 2 pm. For those who wish, remembrances to a charity of the donor’s choice would be appreciated by the family. Please place online condolences and remembrances at www.BrenansFH.com.

Share Your Memory of
Margaret
Upload Your Memory View All Memories
Be the first to upload a memory!