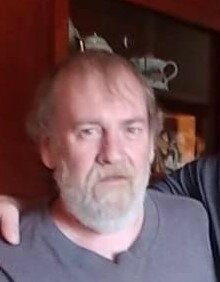 It is with great sadness that the family of David W. Henderson announces his passing which occurred on Thursday, September 2, 2021, at Bobby’s Hospice. Born in Saint John on March 26, 1959, he was the son of the late David and Elizabeth (Briggs) Henderson.

David enjoyed fishing, tying, and selling fish flies until he no longer could.

He is survived by his son, David Henderson (Amanda); sisters, Mary Vicars and Brenda Holmes (Gerald); grandchildren, Mariah and Lydia; great-grandson, Roman; as well as several nieces, nephews, cousins, aunts, uncles, and his great friend, Perry. In addition to his parents, David was predeceased by his sister, Debbie McCraig and his brother-in-law, Brian Vicars.

Arrangements are under the care and direction of Brenan’s Funeral Home, 111 Paradise Row, Saint John, NB (634-7424). Interment will take place in Ocean View Memorial Gardens on Tuesday, September 7, 2021, at 1:00 PM. Donations in memory of David may be made to The Canadian Cancer Society. Online condolences may be placed at www.BrenansFH.com