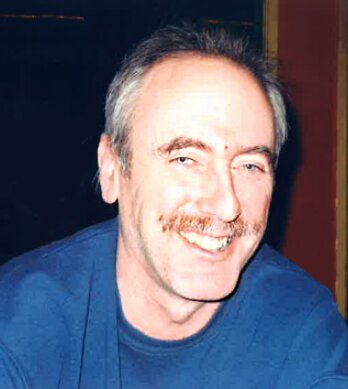 On September 7th, 2021, Don McCabe, our much-loved brother and uncle, passed away suddenly at the age of 63, in Saint John, NB.

Don was born and brought up in Montreal Quebec. He was the son of Alexa (Howard) McCabe and Frank McCabe. He is survived by his sister Ann McCabe of Halifax, niece Sarah Jardine (Bill Smith) of Halifax and two grand nephews, Xavier and Maximus.

An avid fan of the Montreal Canadians would be an understatement. Over the years Don enjoyed playing baseball, hockey and golf with work colleagues and friends.

Don attended St. FX University, Antigonish, NS, where he studied pre-engineering, earning his degree in 1977. He achieved his Bachelor of Engineering (BEng) Chemical Engineering from the Technical University of Nova Scotia, in Halifax, 1979.

In October 1985, Don joined Irving Pulp and Paper Limited in Saint John, NB. Don’s work at Irving was extremely important to him. He provided mill wide technical support in many areas. Don retired from Irving as a Senior Process Engineer after 32 years of service.

Don was a mentor to many during his career. He was involved in several pulp and paper technical committees and groups where he developed lifelong friends. Don also published papers and lectured in his area of expertise. He was sought out by his colleagues for his advice, experience, and depth of knowledge, not to mention his dry sense of humour.

Arrangements are under the care of Brenan’s Funeral Home, 111 Paradise Row, Saint John, NB (634-7424). In following with Don’s wishes, cremation has taken place. Due to the current pandemic situation, services will take place at a later date. Donations in Don’s memory may be made to donors’ charity of choice. For those who wish, condolences may be made through visiting www.brenanasfh.com

Share Your Memory of
Don
Upload Your Memory View All Memories
Be the first to upload a memory!