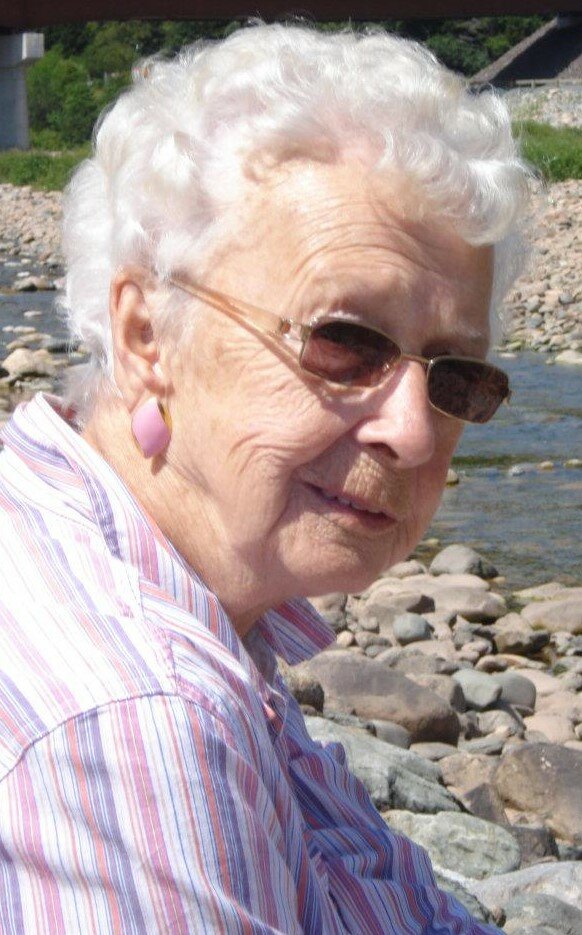 It is with great sadness that the family of Irene Ricketts, beloved wife of the late Allen Ricketts, announces her passing on October 5, 2021, at the Saint John Regional Hospital. Born in Saint John on June 18, 1931, she was the daughter of the late W. John and Valetta (Grant) Verner.

Irene was a lifelong resident of Saint John and worked as a demonstrator for Artex Co. for 7 years. She was a faithful member of Silver Falls United Church. She enjoyed doing jigsaw puzzles, winning at Yahtzee and dressing up for the yearly family theme parties. Irene also loved knitting and would knit lots of mitts for various charities including the Joshua Group and Salvation Army. She especially loved spending time with her family, especially her cherished grandchildren, great-grandchildren and great-great-grandchildren.  She was very proud to have been thought of as “Honourary Grandmother” to many children of several lawyers and staff members of the law firm of Stewart McKelvey.

In addition to her parents and husband, Irene was predeceased by her daughter, Linda and her son, Terry; and her sister, Elsie Gilchrist.

Resting at Brenan’s Funeral Home, 111 Paradise Row, Saint John, NB (634-7424) with visitation on Monday, October 11, 2021, from 3-8 PM. A Funeral Service will be held on Tuesday, October 12, 2021 at 11:00 AM from Brenan’s Chapel. Due to COVID-19 health measures placed on indoor gatherings by the Government of New Brunswick, all those 12 and older attending the funeral service will be required to show proof of vaccination and a piece of government-issued ID, or proof of medical exemption. For those unable to attend, the service will be livestreamed and can be viewed by visiting Irene’s obituary on Brenan’s website. Interment to take place in Fernhill Cemetery. For those who wish, condolences in Irene’s memory can be made to the Shriners Hospital for Children – Montreal Unit, Palliative Care Unit of the Saint John Regional Hospital or the Saint John SPCA- Animal Rescue. www.BrenansFH.com

Share Your Memory of
Irene
Upload Your Memory View All Memories
Be the first to upload a memory!